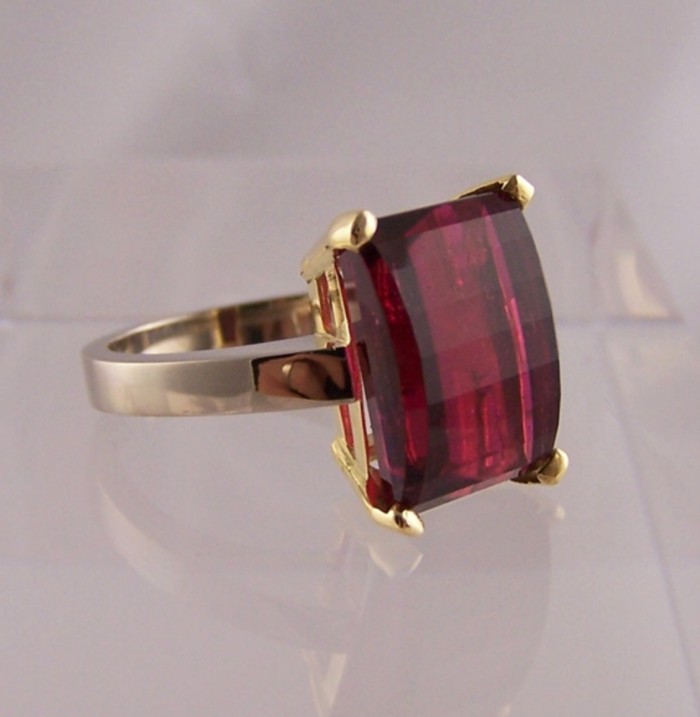 The colours of Tourmaline

Where is this gemstone mined?

In the US, California and the state of Main emerged as the globe’s largest producers of gem quality tourmaline during the early 1900s.

A brief history of the gem

In the 1500s, a Spanish conquistador found a green tourmaline crystal somewhere in Brazil and after washing the dirt from it, took it to be emerald. This confusion continued until the 1800s when scientists recognized tourmaline as a separate mineral species. Even the name of this gemstone, which came from “toramalli” in Sinhalese (meaning mixed gems), stands testimony to this confusion. This name was given by the Dutch merchants to the water-worn multicoloured pebbles that miners unearthed in Ceylon’s gem gravels.

American author Barbara Walker cited references in some of her 18th century literature where this gemstone was considered to be helpful to actors, authors, artists and those engaged in other creative pursuits. Around the same time, a Dutch scientist claimed that when wrapped in silk and positioned against a feverish child’s cheek, tourmaline would induce sleep.

In India, ancient ceremonies used the gem as an instrument to get insight and help in learning what’s good. In Africa, this gemstone was used once to bring delusional persons living in a world of dreams back to the present. Alchemists too valued tourmaline, perhaps due to its pyroelectric effect. Carl Von Linne – the Swedish botanist, was the first to record scientific proof of tourmaline’s pyroelectricity, which was probably the reason why he called it “the electric stone.”

In some cultures, tourmaline was considered to be the philosopher’s stone, which was believed to grant its wearer enlightenment, help reconcile opposites and give power related to spiritual matters.

Tourmaline isn’t a solitary mineral. Instead, it’s a complex group of boron silicate minerals compounded with elements like sodium, aluminium, iron, calcium, lithium, magnesium and some others.

Tourmaline’s three most popular specimens are:

Some popular tourmaline jewellery that have fascinated many over the years are:

2. The imperial crown of Anna Ioannovna, where a large, dark-red tourmaline was the main gem that was placed under the diamond cross.

3. A pear-shaped flower brooch with tourmalines (green and pink in colour) and diamond from the Lily Safra collection that fetched $1,273,320 at Christie’s Geneva on 14th May, 2012.

Some interesting facts about the gemstone

1. Tourmaline is often described figuratively by the term “rainbow” but its diversity in colour isn’t limited to just the seven colours in a rainbow.

2. The royals in the Far East were in love with tourmaline. Empress Dowager Tzu Hsi of the Qing dynasty loved tourmaline so much that she bought huge quantities of this gemstone when a new mine became operational in California. It’s believed that her body now has a tourmaline pillow for eternal rest.