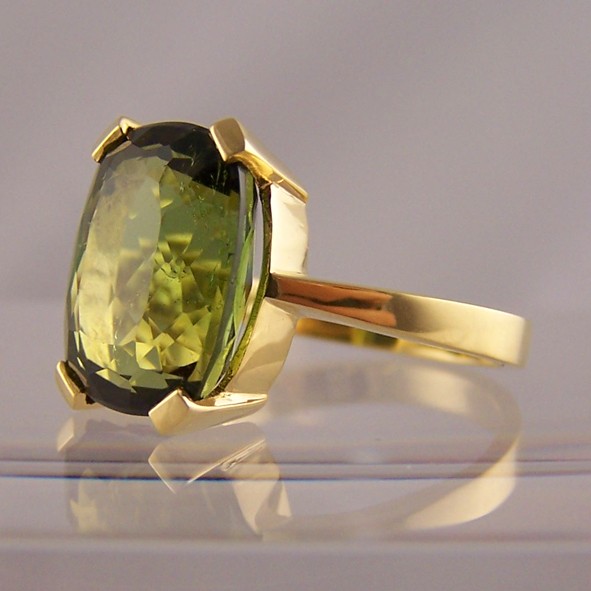 This light-green to olive green coloured gem-quality Olivine is one of the oldest known gemstones, with its mining records dating back to as early as 1500 B.C.

Where this gemstone mined?

Much of gem-quality peridot is found in igneous environments. It’s formed deep within the earth’s mantle, and volcanic activity brings it to the earth’s surface. Some specific types of meteorites too have peridot, though such forms are extremely rare and generally exceptionally small, making them unfit to be used as gemstones.

In the US, peridot is mined in Arizona’s San Carlos Reservation, which is one of the primary sources of peridot across the globe. Other places in the US where this gemstone is mined include Nevada, Arkansas, Hawaii, and Kilbourne Hole in New Mexico. Beyond the US borders, peridot is mined in Brazil, Australia, Egypt, China, Myanmar, Kenya, Kashmir, Mexico, Tanzania,Saudi Arabia, Norway, Sri Lanka, and South Africa.

A brief history of the gem

Peridot is an ancient gem with its mining records dating back to 1500 BC (according to an ancient papyri). In ancient Egypt, the main source of this gemstone was Topazo Island (what we now know as Zabargad or St. John’s Island) in the Red Sea, where it was mined for more than 3,500 years. Natural History by Pliny the Elder (23-79 AD) mentions this island as being explored in the 4th century BC. Mining on Zabargad ended around the time of the Second World War.

In the ancient era, peridot was used for creating carved talismans. These talismans were believed to protect the wearers against anxiety, making them more articulate along with paving the way for thriving relationships and successful weddings. Peridot was also an important gem in the Pharaoh’s treasury, which is why the island inhabitants were forcibly put to work to collect it.

During the medieval period, Europeans brought peridot stones back from the Crusades, which in turn were used to decorate robes and church plates.

Chemically, this gemstone is an iron magnesium silicate. The chemical composition of peridot is Mg2SiO4-Fe2SiO4. In rare cases, manganese (Mn) is also present.

Peridot is suitable for a wide range of jewellery. It’s attractive colour and comparatively affordable pricing makes it a prized gemstone by users and jewellers alike. Thanks to its green colour, peridot is considered ideal for both women’s and men’s jewellery, while being extensively used in some unisex jewellery designs as well.

Some interesting facts about the gemstone

1. Peridot can retain its shine even under artificial lighting, which is why it’s also called the “Evening Emerald”.
2. For a major part of history, peridot has been mistakenly referred to as topaz. Peridot stones used in the jewellery ofancient era were often confused with emeralds.
3. Peridot is often called the ‘poor man’s emerald’.
4. Smithsonian Institution in Washington DC houses the world’s largest cut peridot (311.78 carats) ever found.
5. Till date, man hasn’t recreated peridot in any synthetic form though you will find imitations, which are typically made of glass or natural tourmaline.