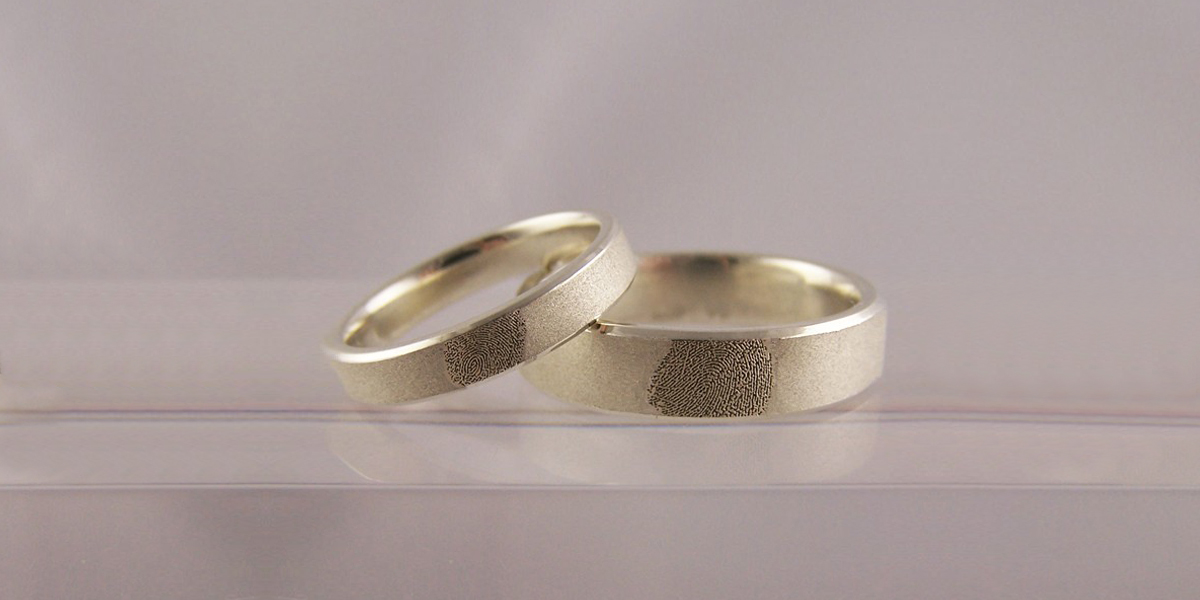 Jewellery can be precious not only in its monetary value, but for sentimental reasons too. These precious, beautiful pieces usually remind us of the important people in our lives, as well as some of the most memorable occasions we hold dear in our hearts. Nowadays, laser engraving is a popular option for customers who wish to personalise and customise these important jewellery items like wedding rings, engagement rings & anniversary gifts. The great thing is that you can choose ANYTHING! You can have almost any design or pattern that you like! At RING jewellers we have created some amazing laser engraved jewellery over the years. Engravings include; your partner’s fingerprint, the skyline of a favourite city, Roman numerals of a significant date, or even a message or date translated into your favourite sci-fi language like Aurebseh from Star Wars or Elvish from Lord of the rings!

Engraving refers to “the technique of making prints from metal plates into which a design has been incised with a cutting tool called burin.”
It is a form of art that has existed for centuries. Aside from metals, engraving can also be applied to other materials such as paper, plastic, glass, and stones.
Over the years our ancestors used engraving for various reasons. Historically, they would carve stones and other symbolic items as a form of respect to the gods, rulers, and leaders of their time.

Engraving was also used to indicate wealth and power. Affluent and influential people in as early as 3000 BC had worn engraved seals. According to the Gem Awards, these seals were ornate pieces of jewellery made from precious gemstones and were engraved with such unique and intricate designs.
Engraving has also played a huge and important role in recording history and preserving significant pieces of information in the past. The records that were found on metal plates and scrolls, and from other engraved objects that were found on temples and churches were all considered as significant parts of the world’s history.

Engraving has evolved over time, and remains relevant right up to present day. From traditional hand engraving, along with new techniques that have been introduced such as the rotary machine engraving and laser engraving.

RING jewellers, can scale & prepare your artwork so it suits your bespoke piece of jewellery perfectly. If you are having a have a hard time choosing your engraving design the experienced designers at RING jewellers can always advise and provide helpful suggestions, while also considering the customer’s preference and budget of course. However, in order to ensure quality, please note we only engrave jewellery we have made.

One of the most popular designs at RING jewellers are finger print engravings. Unlike other jewellers, who use this design only by copying the customer’s finger prints by hand, RING jewellers take the customer’s actual fingerprints and actually scan them into the laser engraver so the final engraving (no matter how big or small) is the actual print that is either scaled up or down to fit the jewellery.

As well as fingerprint engraving, customers also like to commemorate the special dates in Roman numeral designs. This is often the couple’s wedding date. 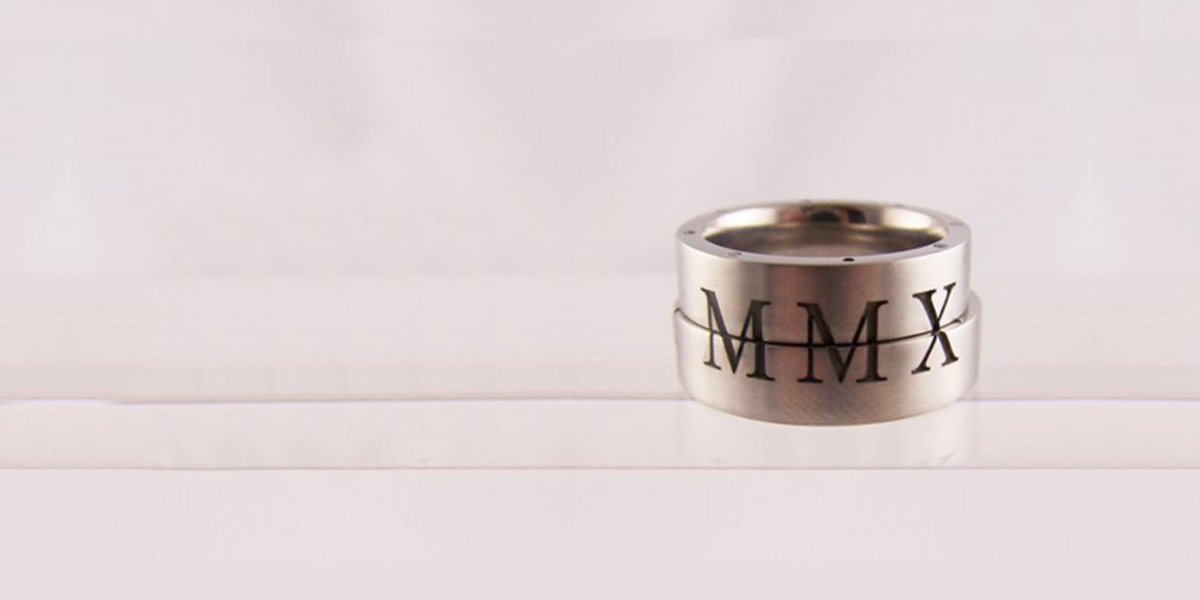 Laser engraving can often cut down on the labour times of traditional hand engraving. Laser engraving is often charged at a set price or a “per surface” amount. This means more intricate engravings cost no more than simple ones which represents better value. Another reason for choosing laser engraving is the vast amount of detail you can engrave into a tiny space. Even a simple text inscription can be engraved in such a way that it looks like a pattern with the text only noticeable upon closer inspection. This makes for a nice personal touch without a message or date being too overpowering. Very detailed engravings like fingerprints are also made possible with the fantastic detail created with laser engravings.

Feel free to email RING jewellers for a quote by using our enquiry form and let’s talk about the design you want for your laser engraved jewellery!
(PLEASE NOTE: We only engrave jewellery that we have made)